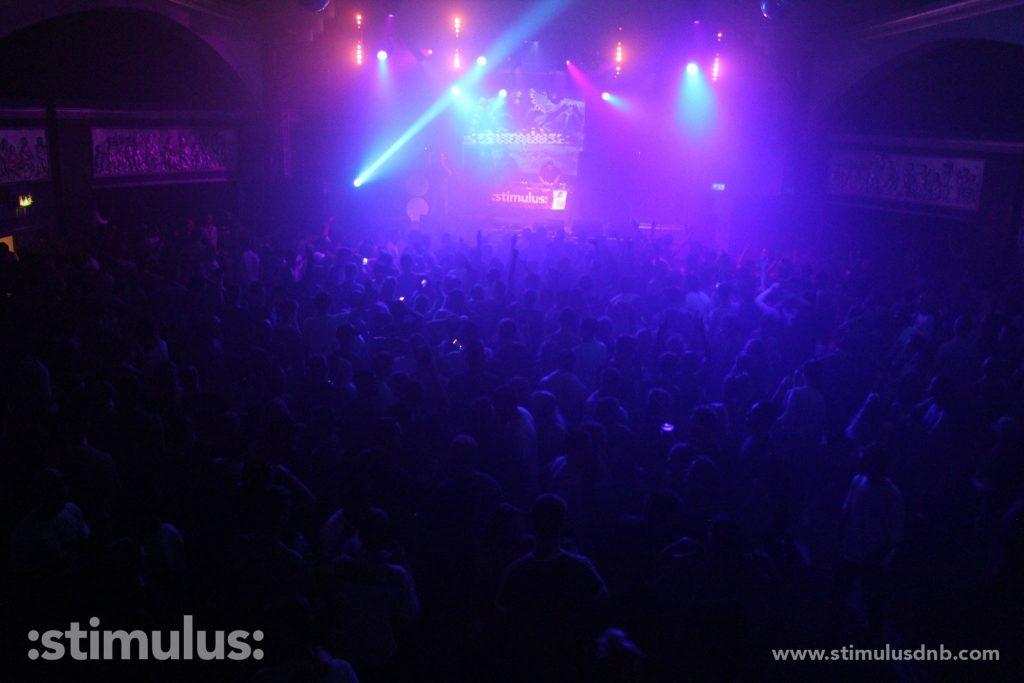 :stimulus: was founded in 2001 by Samas, as an extension of the regular Saturday nights he started doing alongside Glyde at a local pub basement. It all started at Robbin’s Well in Leamington Spa, and the first ever event was for Cancer Research, raising £350 for the charity, and featured Shaolin, Pace, Samas and A.Flex.

In early 2002, after a few successful nights with residents Samas, A.Flex and Caution, Samas was approached by Raising The Deep head honcho, DJ Reaction. After a few meetings, they formed Terra:Technique, the objective being they would run events over Leamington and Banbury, with Leamington hosting the up and coming talent from around the country, and Banbury showcasing the A-List DNB DJs. Most of the big guns passed through, from Kenny Ken to Mickey Finn, Zinc + GQ to Pendulum, Mampi Swift to Hype, as well as some one-off old skool nights with Top Buzz, Ratty, Slipmatt and more. After 2 successful years running Terra, Reaction and Samas went their separate ways, and :stimulus: was brought back to the fore.

Running on the 2nd Friday of every month, it built a solid foundation, and a good reputation nationwide. With DJs such as Hazard, Kryptic Minds, Generation Dub, Skitty, Danny Wheeler, Heist, Utah Jazz, Zen, Subfocus, Holdtight, Rascal & Klone, Drumsound, Adrok, APB, Devize, Xample, The Force, Benny & Aries and many more gracing the decks in the cosy basement venue. within a few months a secondary night was developed, Liquid Stimulus, taking the 4th Friday with some deeper flavours, with equal success. In January 2005, Samas was approached by the Cohesion and Skankadelic Techno promotions, to form a new concept in Birmingham, linking 4 promoters for one big party – Underground City. The first event on 25th March 2005 saw Subfocus, Danny Wheeler, Rascal & Klone, Fallout, Devize, Samas, Pace and Buzzy blow up the Custard factory for what was to be the first in a succession of big nights at Underground City.

Mid 2005, and the end of an era came for Robbins Well as new management changed their policy; :stimulus: was to find a new home. This came in the form of Club Silx, and brought the legendary Fabio & Donovan Badboy Smith to Leamington Spa, initially penned as a one-off night. It went off, and demand saw more nights arrive in March 2006, with Grooverider, Bryan Gee and Danny Wheeler passing through. In February 2007 :stimulus: began a new era in Royal Leamington Spa and was given the honour of hosting the main room of the launch night of new Leamington venue Smack. Pendulum & MC Jakes officially christened the new club in an event that is likely to go down as one of the biggest occasions of its kind in Leamington club history.

In 2017 the journey continues in our new home at The Assembly / Zephyr, with world class D&B acts joining us on the big stage.

:stimulus: has been featured in Knowledge Magazine (K Mag) and The Night Times. For any press enquiries feel free to get in touch: info@stimulusdnb.com